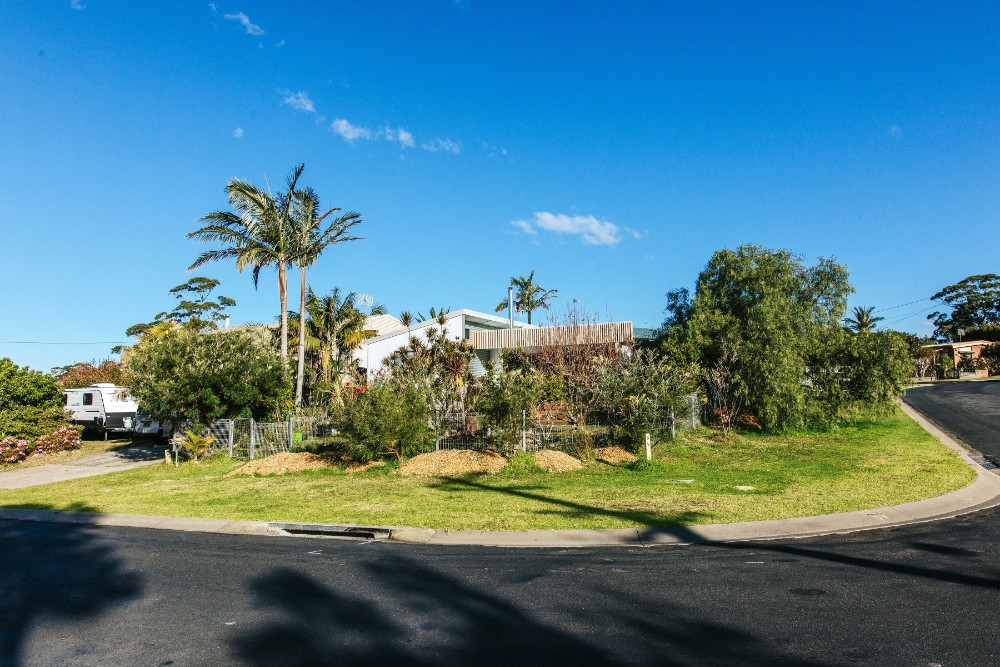 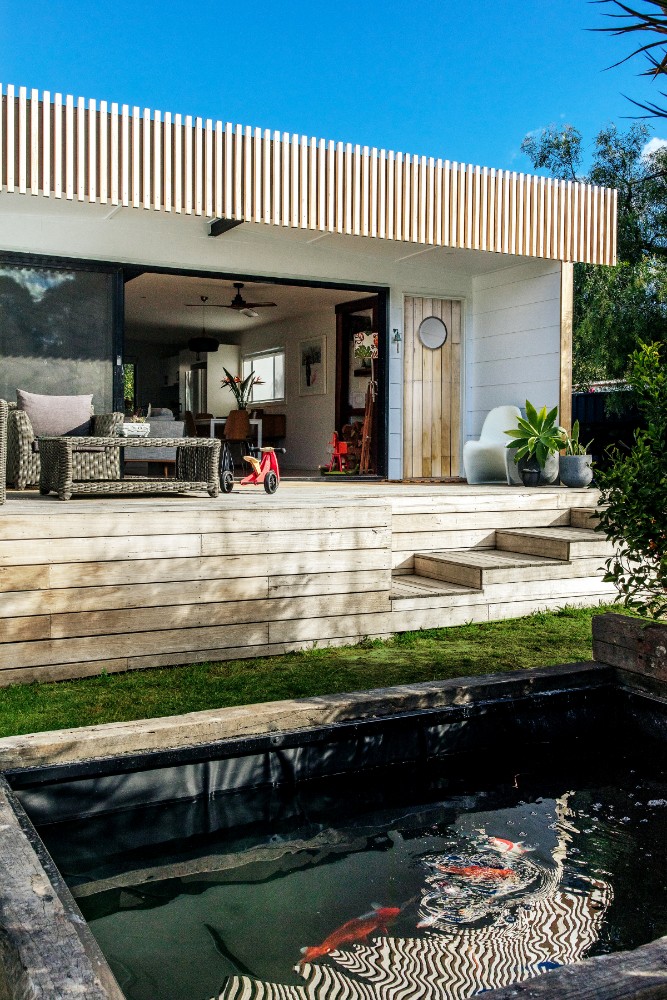 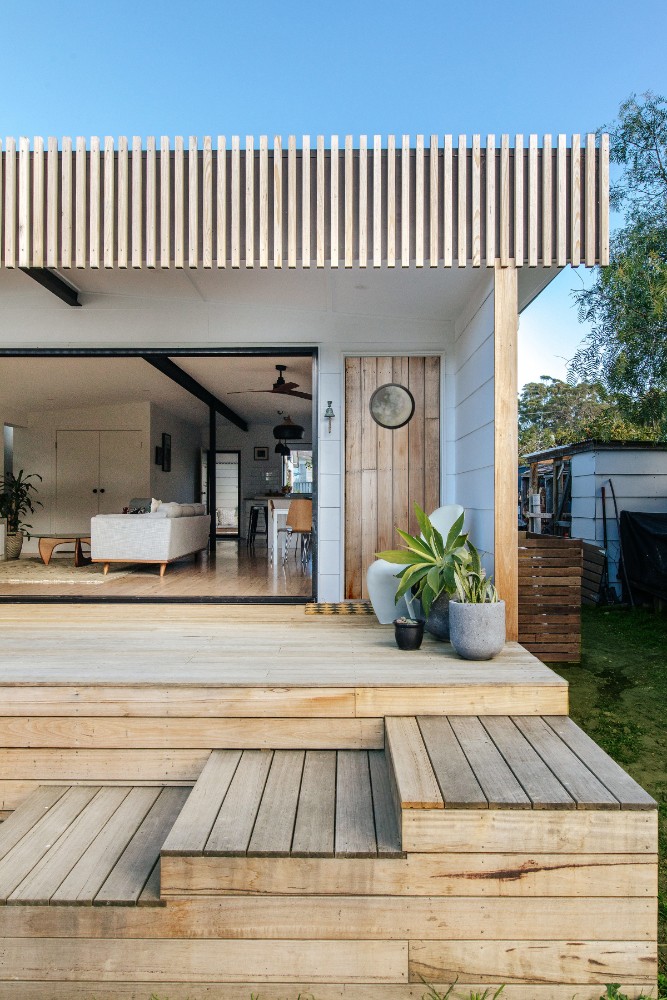 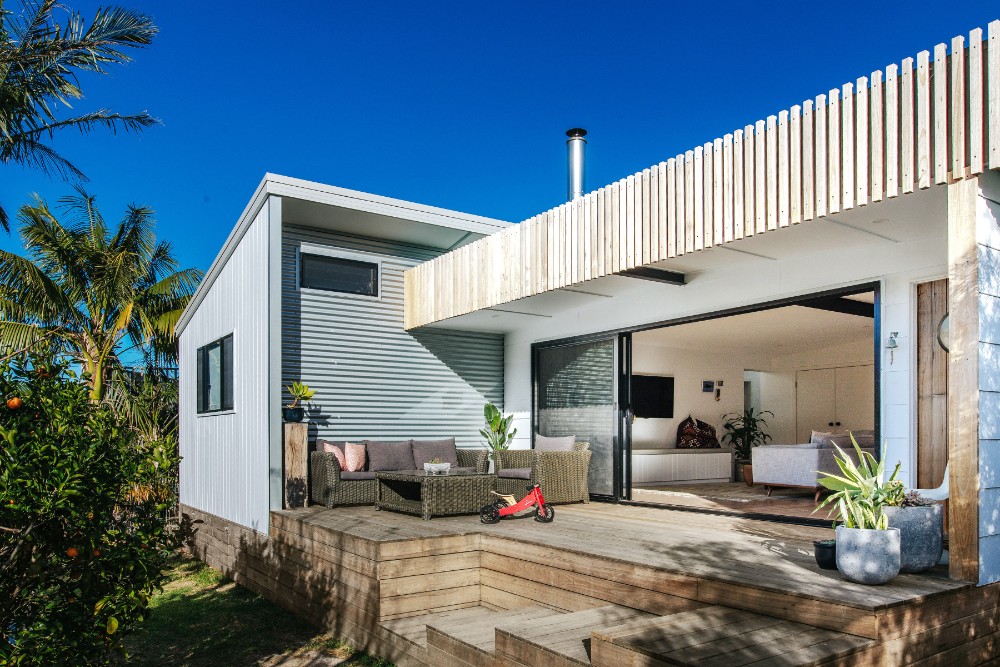 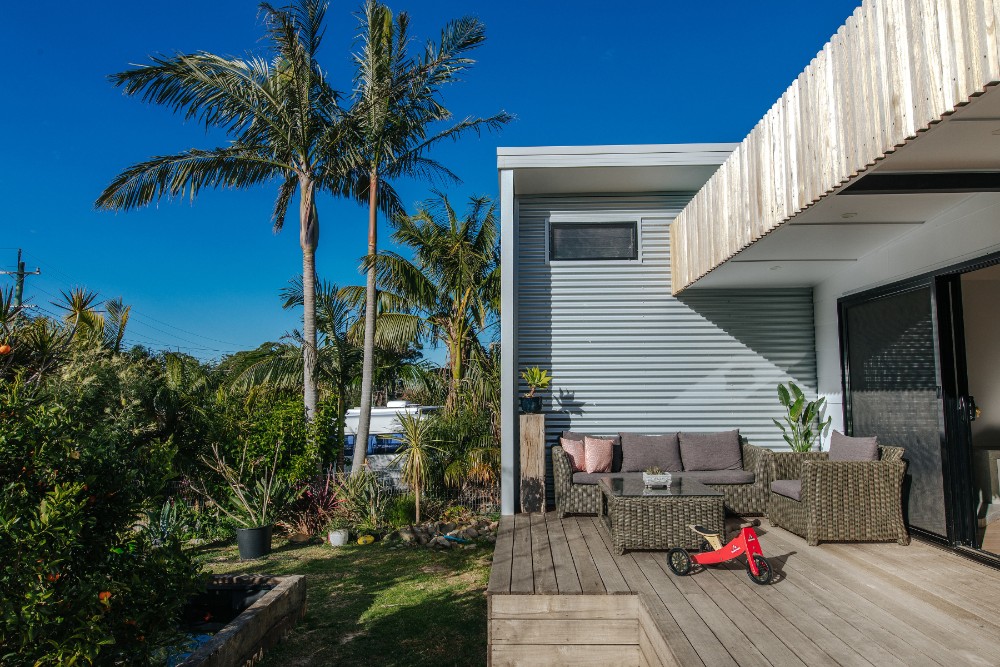 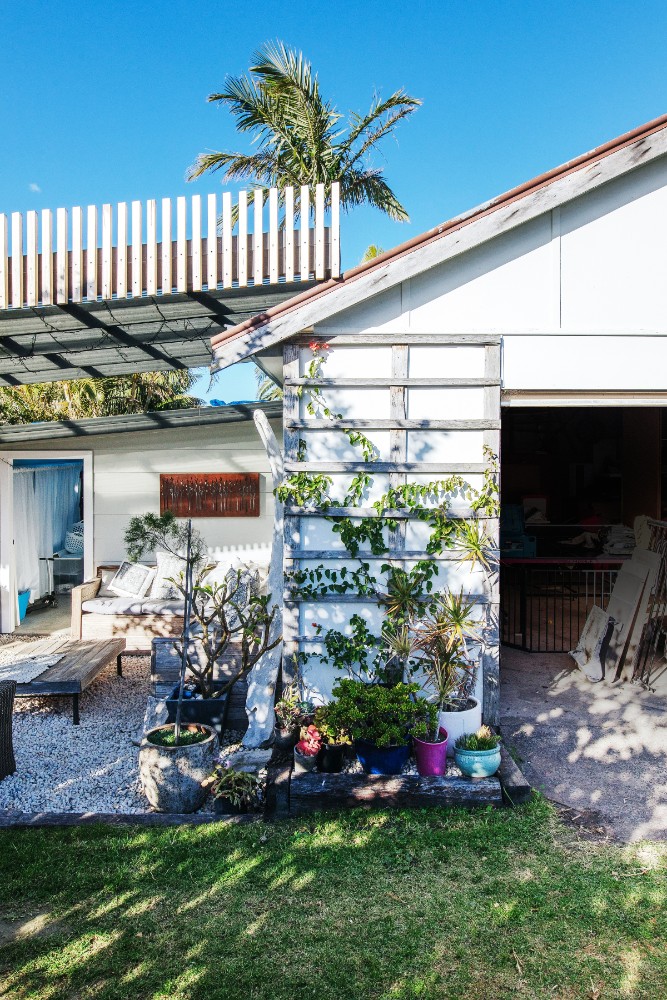 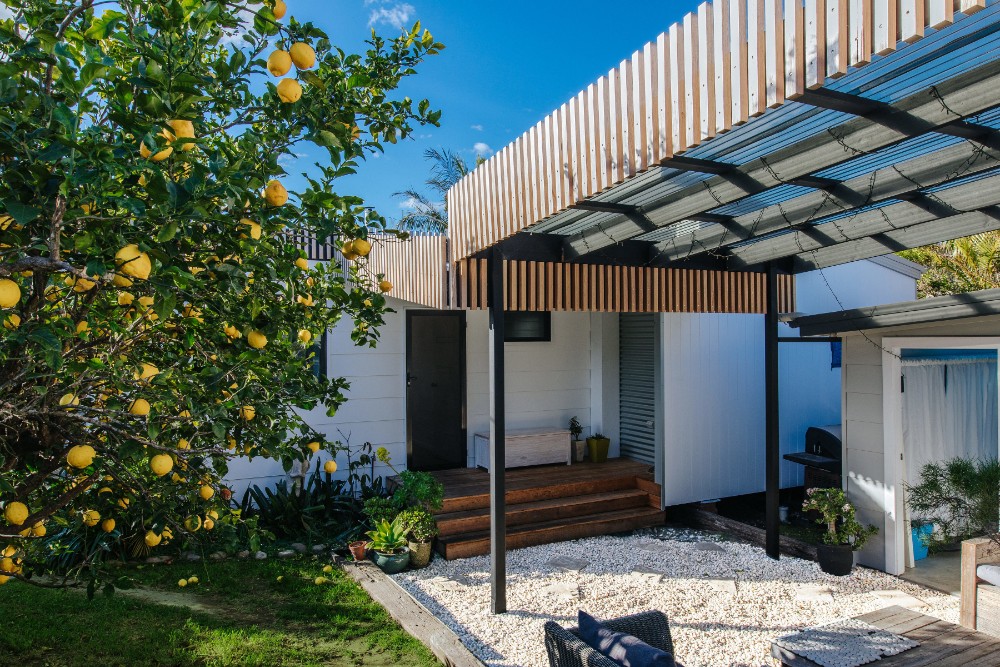 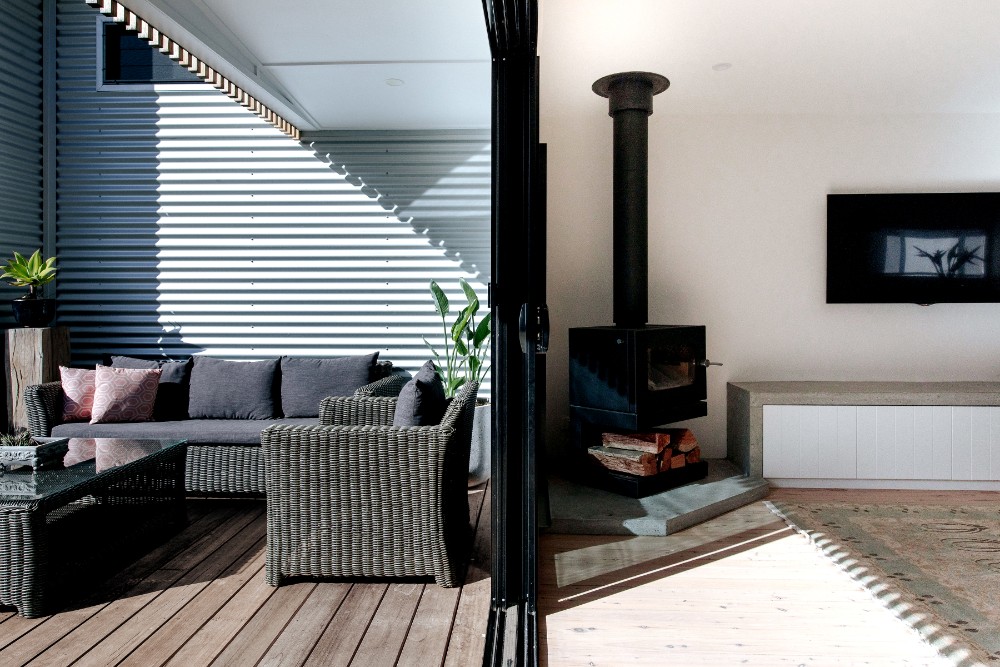 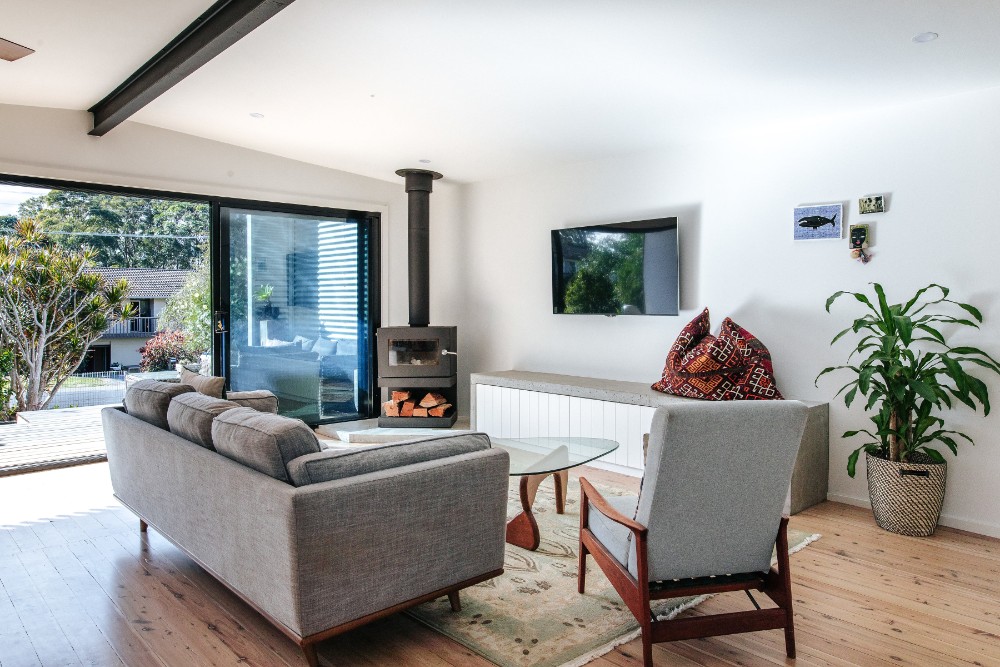 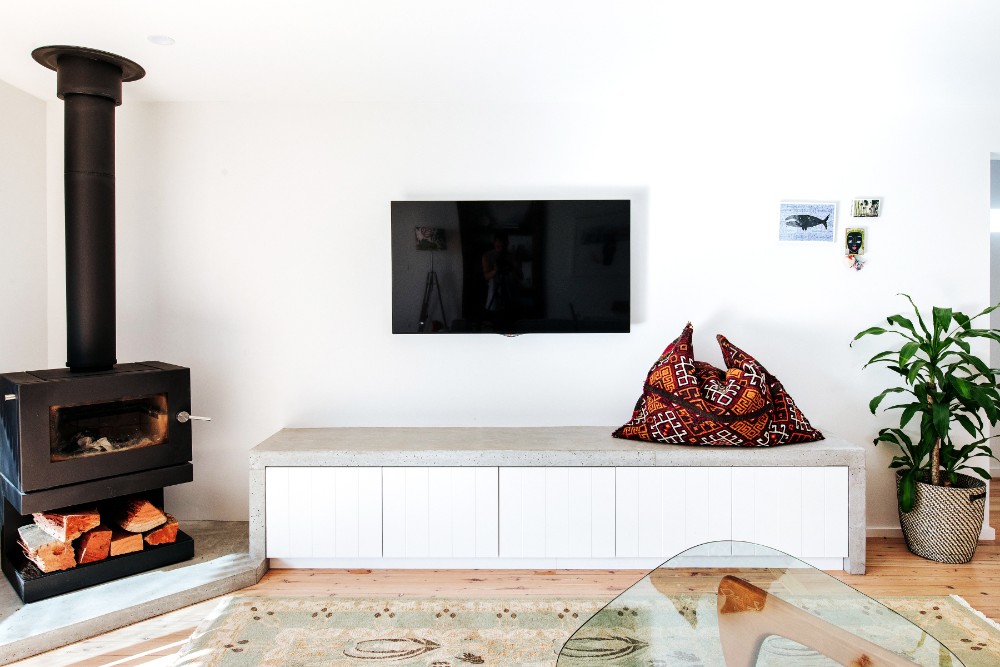 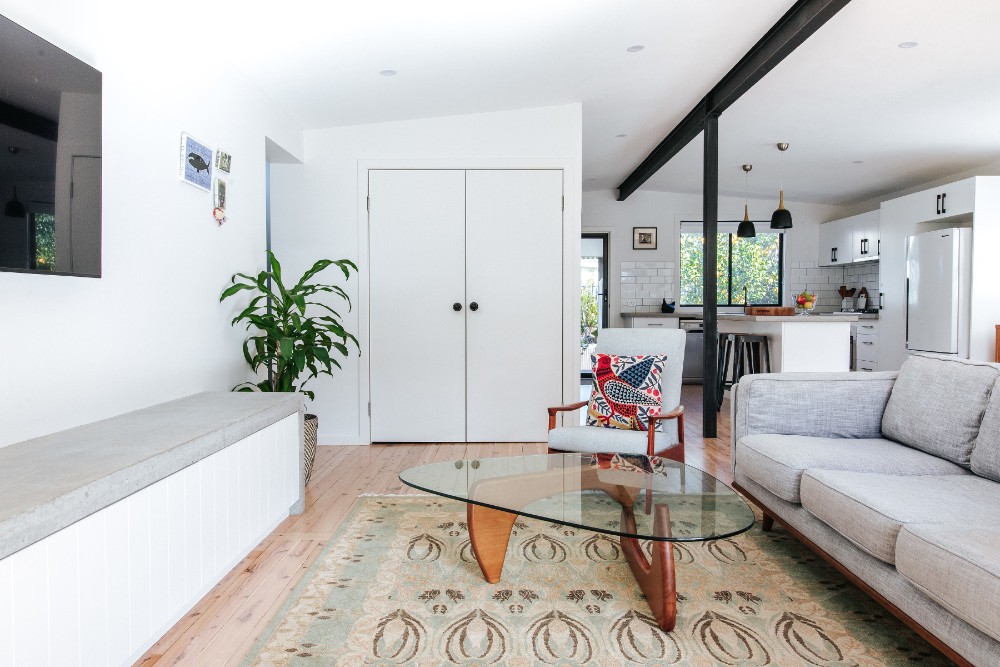 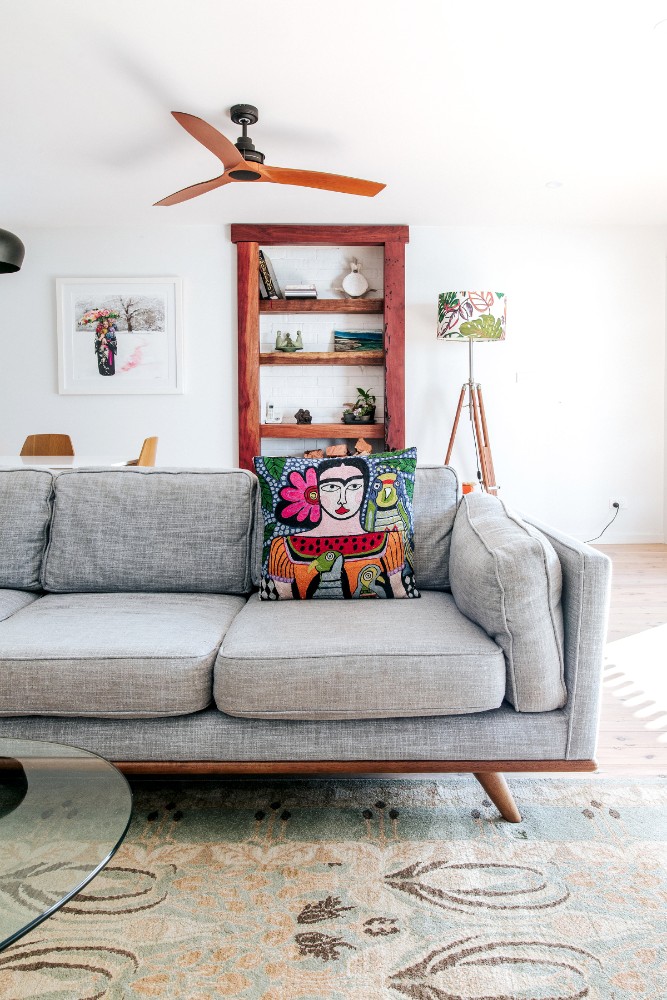 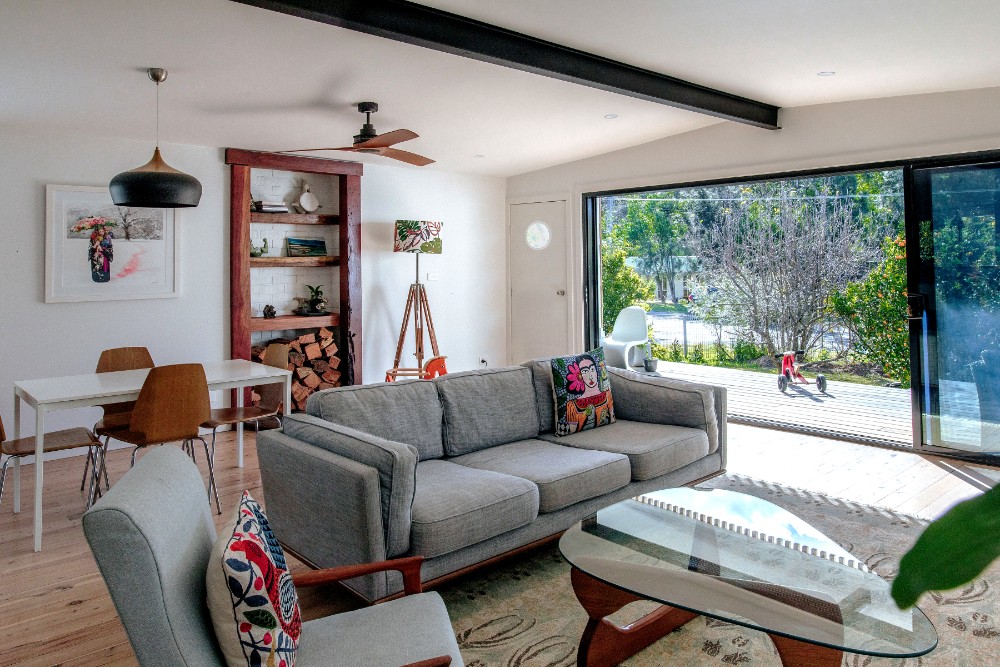 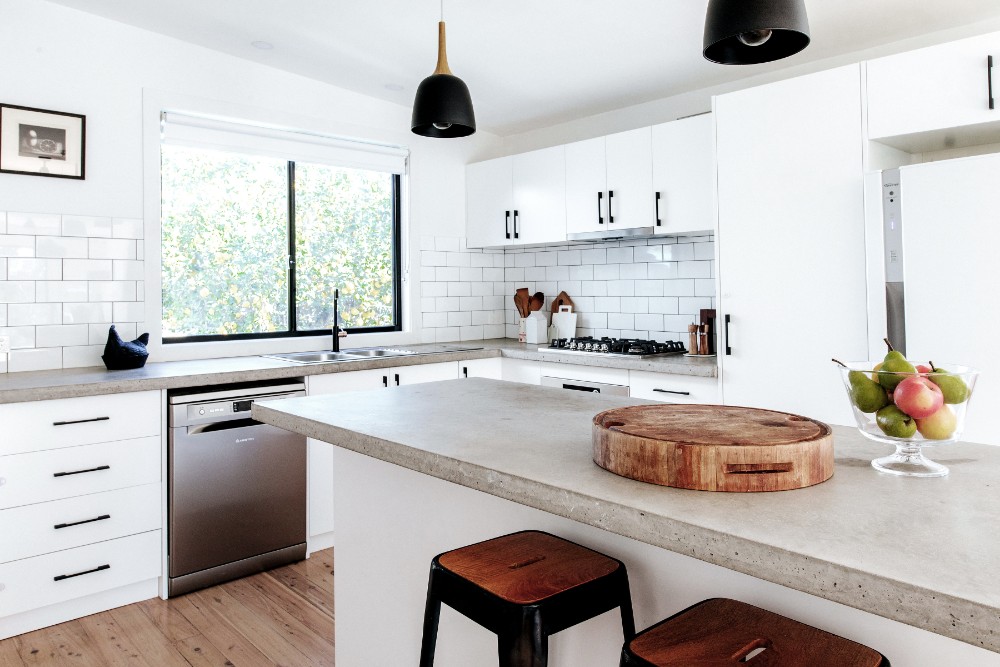 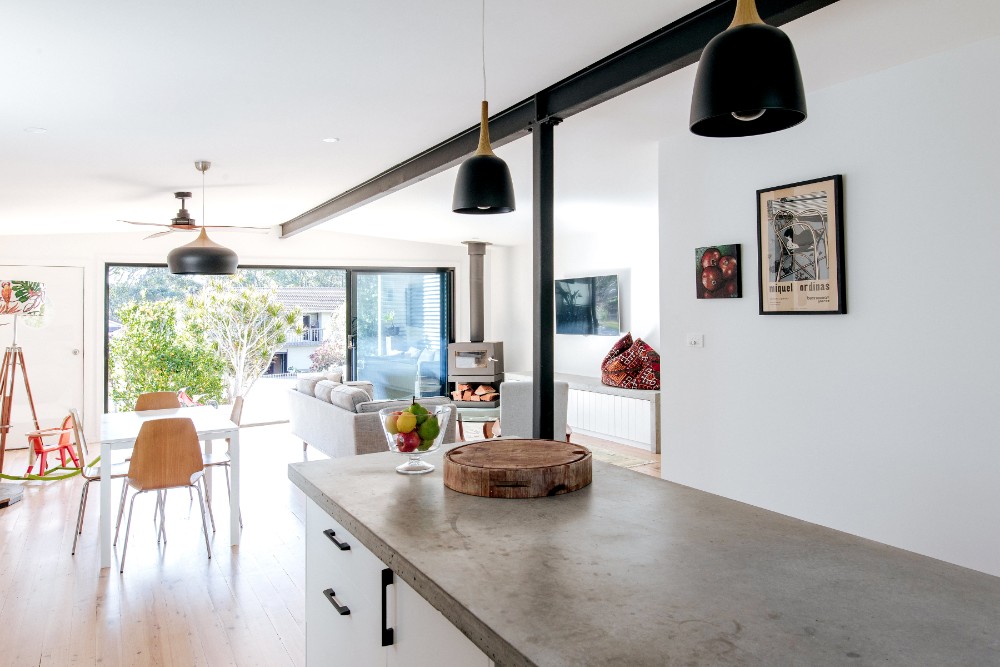 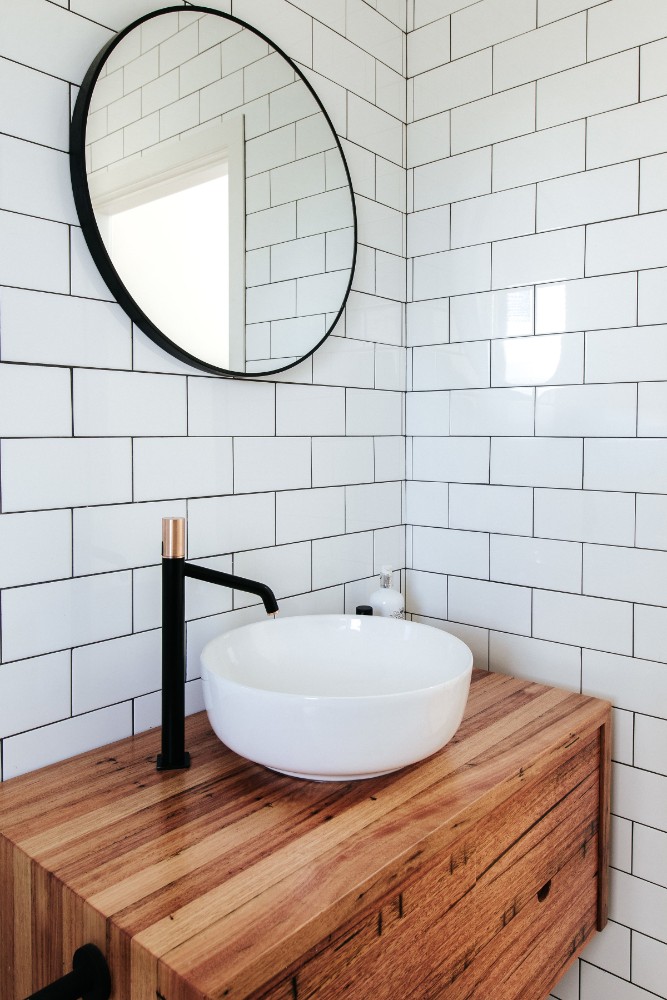 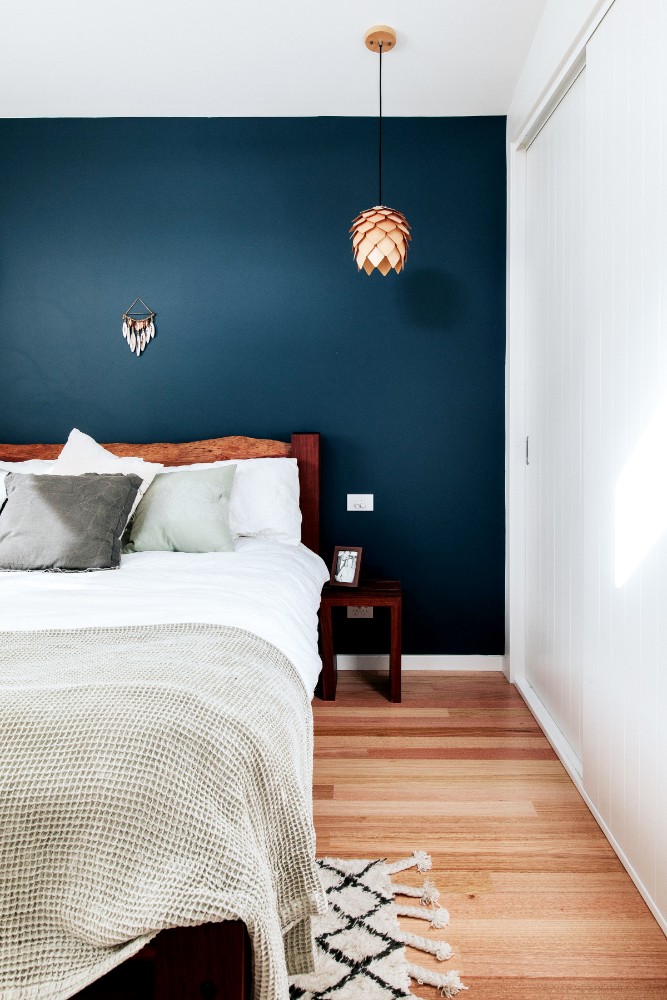 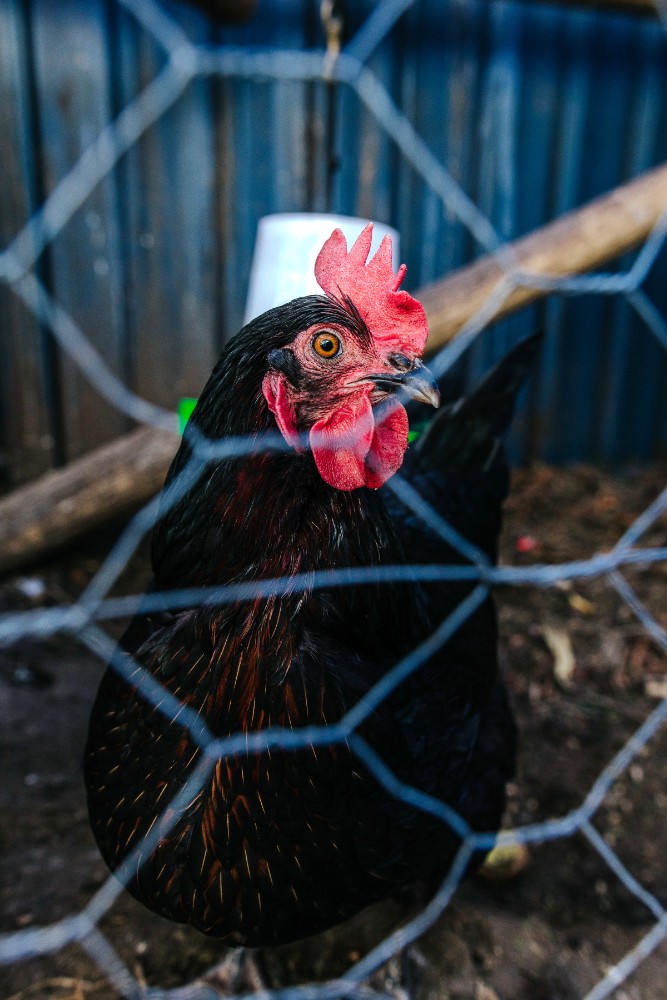 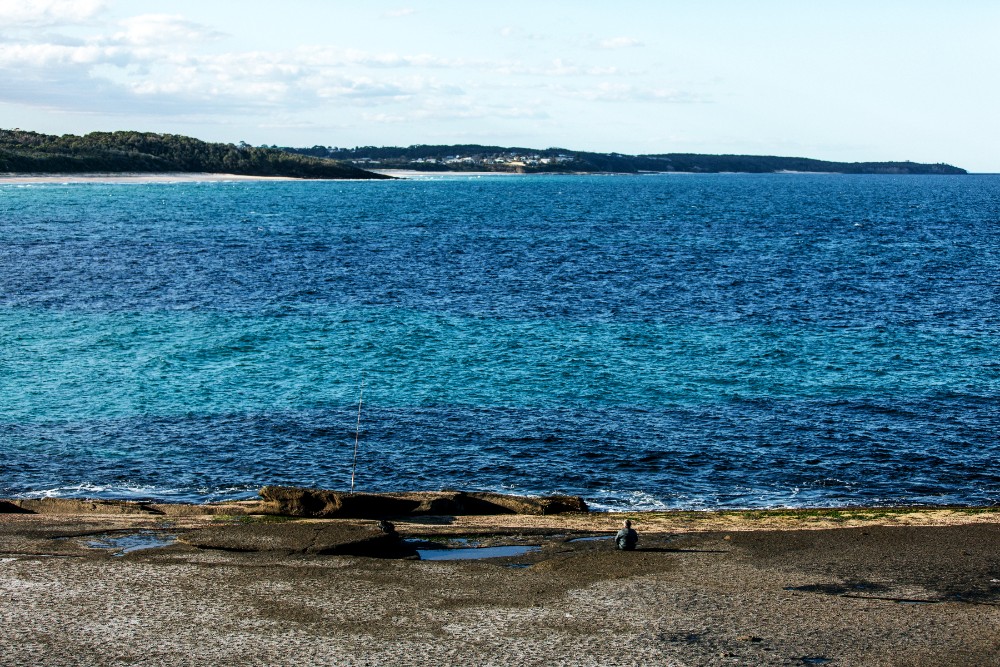 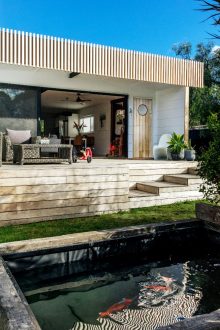 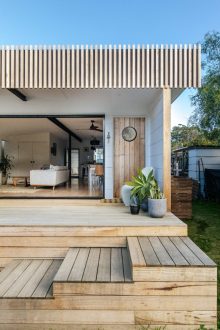 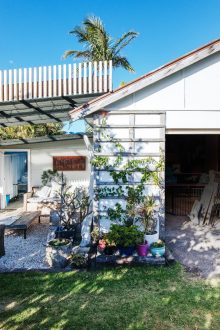 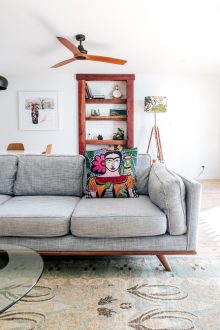 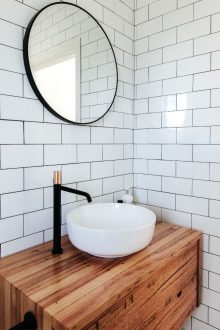 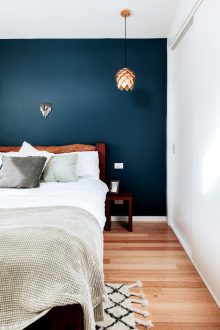 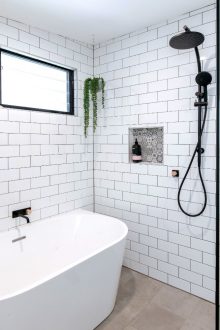 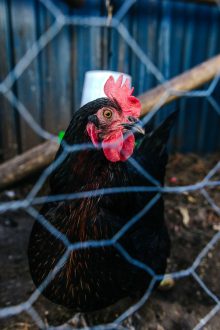 The project started with an existing beach shack in Burrill Lake, a small coastal town south of Ulladulla on the South Coast of New South Wales. The client, an old friend, who I have spent many years visiting for the annual surfing and fishing trip there. It’s located in a beautiful Australian coastal bush setting with Eucalypt growing right to the edge of the lake at the end of the street. Also a short distance from Dolphin Point and the expanse of the Tasman Sea.

The shack was purchased by him in 2007. He renovated it soon after which took 18 month sleeping in a tent in his garage for a slightly longer period than preferred!

Over the last few years, getting married and adding two boys to the group triggered the sudden requirement to enlarge the existing minimal space of the basic fibro. Rather than go up as first discussed, they were convinced to utilise the area to the north of the existing house saving money and time by “building on the ground”.

The design embodies the feel of the classic fibro beach shacks commonly found in the area, simple but a bit abstract utilising familiar materials. The existing building is opened up to the lush natural vegetation in the streets to the front of the property. The existing bedrooms were removed from within the existing envelope, while the bathroom and kitchen locations were kept but rearranged. The three new bedrooms, study and ensuite were situated in the new “wing” which was bolted onto the north side of the existing building with a new opening into the area. The addition cups the old house with roof eaves and extended wall nibs at each end overlapping with the old dwelling. Clad in corrugated metal sheet, vertical painted boards and a new timber batten fascia to the retained eaves linking the two forms.

The interior finishes were carefully selected by the clients that suited the coastal location and worked in with not only with the external finishes but their furniture, artwork and life style.

The shed at the back was retained but unlike the rest of the house was kept as homage to the old shacks of the South Coast full off fishing and surfing gear, wetsuits, bikes and the ping pong table that still gets a workout every week. The only thing packed away is the tent.

A simple solution resulting in a hugely positive outcome!